Skip to content
The Whyte Ridge-based Winnipeg Wildcats Basketball Club has announced they will be hosting a basketball camp for girls of all ages from August 16-18 followed by a try-out for the U17 and U13 club teams on August 25.

The camp will take place at Balmoral Hall School and will be instructed by Wildcat coaches Carriera Lamoureux and Wyatt Anders.

Register by emailing wpgwildcatsbasketball@gmail.com to confirm your spot! 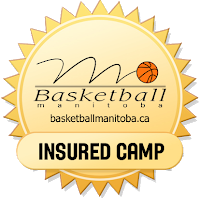 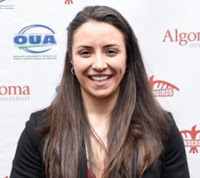 Carriera had the privilege of finishing her university basketball career at Algoma University, where she was named Defensive Player of the Year and received the Thunderbird Award for her contribution to community development while living in Sault Ste. Marie, Ontario. During her time with the Thunderbirds, Lamoureux was named an Academic All-Canadian from 2015-2017. Carriera is currently the assistant coach for the Varsity girls basketball team at Daniel McIntyre Collegiate, and is entering her second year with the Wildcats program. For Lamoureux, sport is a pathway to personal development by providing opportunities for young women in particular to gain self-confidence, to be encouraged and empowered, and to make new friends. When Lamoureux is not coaching, she is officiating the game of basketball. Carriera is also a member of the Canadian National Kettlebell Team. 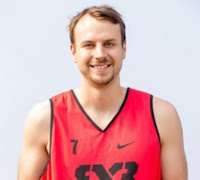 Wyatt Anders has had an illustrious career with experience at the college, USports, Professional and International levels. After two seasons with the Canadian Mennonite University Blazers, where he holds the record for the most points and rebounds in a game at the college level (MCAC), including two league MVPs,  he transferred to the University of Manitoba where he earned team MVP honours, and was selected as team captain twice. His success at the USports level earned him a reputation as a top defender and rebounder. In 2016, Wyatt pursued a professional opportunity, signing with the Cape Breton Highlanders in Canada’s National Basketball League (NBL). He has competed in the 3×3 World Tour circuit for the last six years, travelling throughout Canada, the United States, and Europe. In 2019, Anders was chosen to represent Canada in the FIBA 3X3 World Cup in San Juan, Puerto Rico. When Wyatt is not playing, he is coaching. Currently, Anders is the head coach of the Varsity girls basketball team at Daniel McIntyre Collegiate. In 2020, the Maroons concluded their pre-pandemic season finishing third in the province of Manitoba. Like Lamoureux, this is Anders’s second year with the Wildcats program.

Thanks to our amazing sponsors